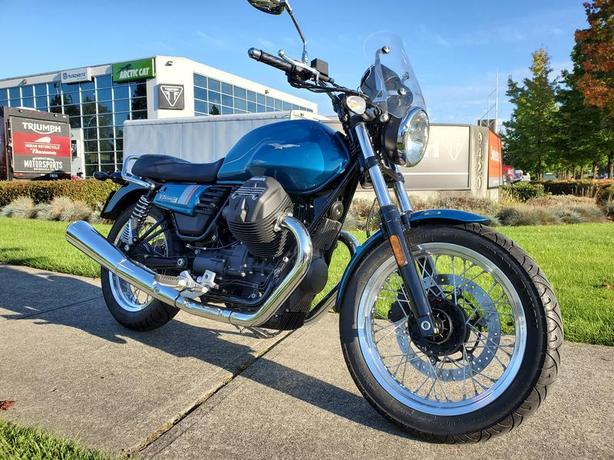 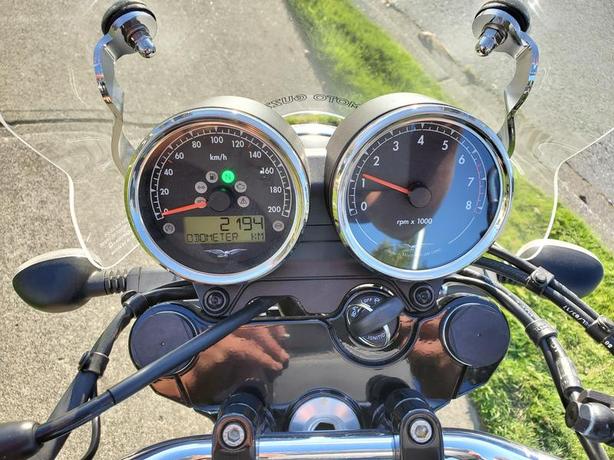 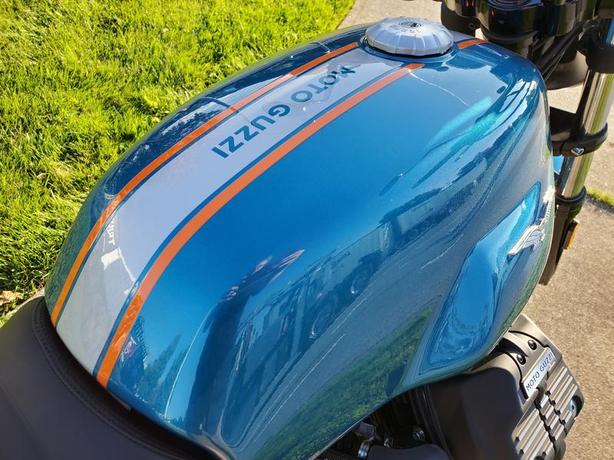 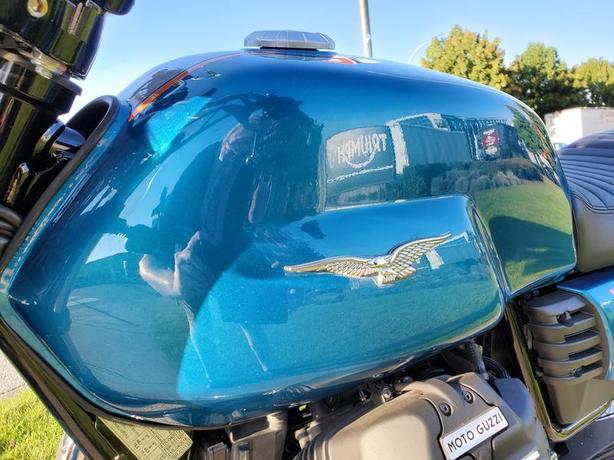 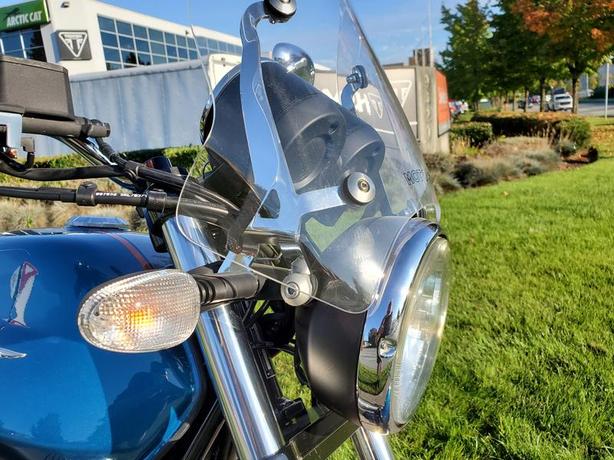 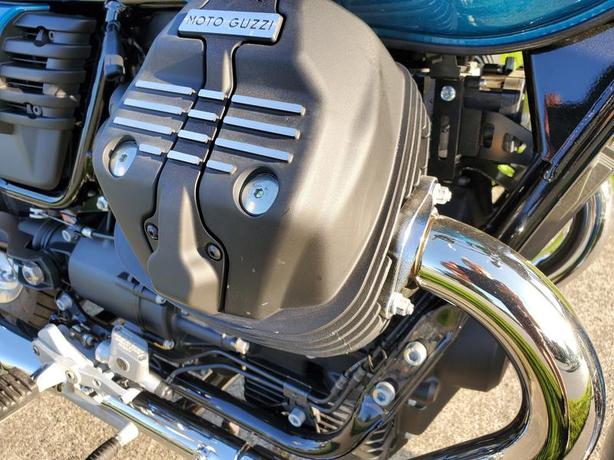 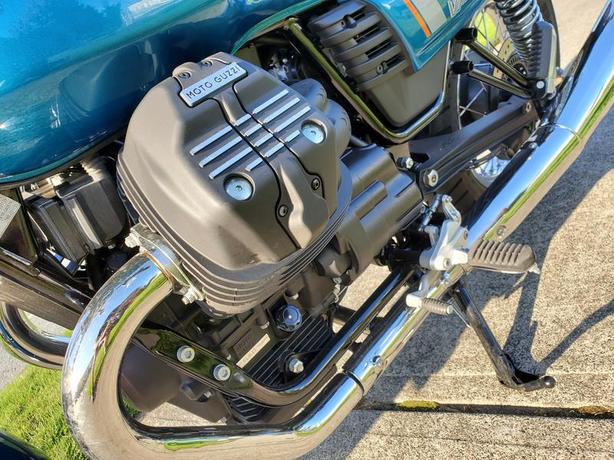 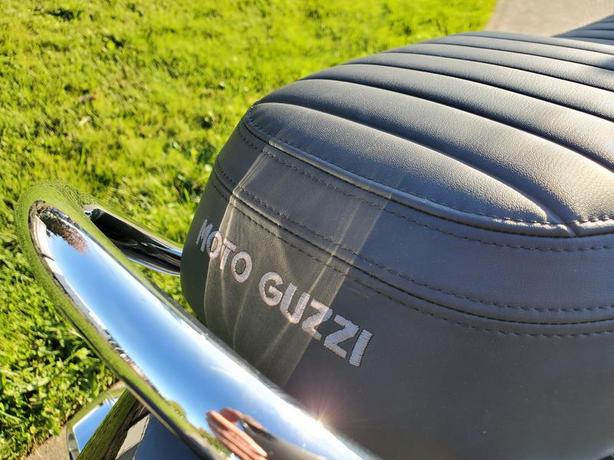 2017 Moto Guzzi V7 III Stone DARK URBAN SPIRIT The dark soul of the V7 reveals its eclectic and essential nature with an aesthetic that eschews chrome in favor of matte black paint. The profoundly metropolitan dark matte look of the V7 III Stone is completed with a single-dial instrument panel, a new seat, a shortened front mudguard and, a unique feature in the V7 III range, light alloy spoked wheels. The V7 III Stone offers a foray into color, with versions reprising the color schemes of the 1970s: Azzurro Elettrico (Electric Blue), Verde Camouflage (Camouflage Green), Giallo Energico (energetic yellow) and the ever-present Nero Ruvido (Rough Black). THE BIKE MORE PLEASURE TO OWN AND RIDE A V7 Although maximum power increased 10% thanks to the introduction of the new engine, increasing performance was not the main objective driving the V7 revamping. The third generation of the seven-fifty from Mandello will continue to be the Moto Guzzi entry-level model, easy to ride, with the most contained size and weight in its category, but at the same time with a strong and authentic character, typical of all Moto Guzzi bikes, much of which is shown off by the transversal V-twin engine, a one-of-a-kind configuration. The primary goals that led this evolution had to do with style, standard equipment and performance on the road, in other words, aspects that influence the pleasure of owning and riding a V7. V7 III keeps the stylistic personality of the model intact, characterized by a design that dialogues through shapes inspired by Moto Guzzi heritage and modern motorcycle requirements. However, the first impression is that you are in the presence of a more mature and robust bike, a sensation due primarily to the presence of the dual pipe exhaust manifold and cylinder heads, both oversized. In reality, besides these two parts, the volumes are more or less identical to those of the previous generation, confirming the V7 III as one of the most accessible and sleek classic motorcycles. On the other hand, the metal fuel tank has not changed, with its excellent 21-litre capacity and